The Inspiration of Bob Marley 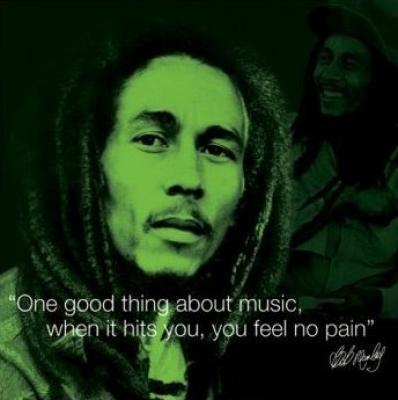 He was born on February 6, 1945 and raised in Trench Town, one of Jamaica’s poorest neighborhoods. He struggled in poverty, but he found inspiration in the music around him. It was this music that lifted Bob Marley, and it was this music that would carry him, making him one of the most beloved icons in Jamaica.

He was so popular, he was so vocal that others began to fear his voice. On the night of December 3, 1976, two days before a planned concert, he was nearly assassinated. A group of gunmen attacked Marley, bullets striking him twice and also injuring his wife. His manager was shot 5 times and had to fight for his life. Despite the attack, Marley still played at the show after much deliberation. When asked why, Marley responded, “The people who are trying to make this world worse aren’t taking a day off. How can I?”

Because of the attack, however, Marley agreed to a self-imposed exile, leaving his beloved Jamaica. He, however, continued writing songs to empower not only the people back home, but people everywhere. In 1977, Marley discovered he had cancer, but instead of taking doctors’ advice on treating it, he continued touring and writing his songs. When he realized he wasn’t getting better, he longed to return to his beloved Jamaica.

He wrote “Redemption Song,” one of his finest songs. According to his wife, “he was already secretly in a lot of pain” and this song dealt with his own mortality. The song urges listeners to “Emancipate yourself from mental slavery,” because “None but ourselves can free our minds.” He was honored with the Medal of Peace from the United Nations in 1980. But, Bob Marley was never able to finish his journey back home, dying in Miami, Florida, on May 11, 1981. His final words to his son Ziggy were “Money can’t buy life.” Still adored by the people of Jamaica, Marley was given a hero’s sendoff with more than 30,000 people paying their respects to him while his body was lying in state at the National Arena.

Tips for Loving Yourself

Put yourself in their shoes

The spirit of love

Bring out your best, most magic self

Look into your heart

Remove one word from your vocabulary

I wanted a perfect ending