Ten foods that make you a happy eater

So-called ‘happy crisps’ have proved a big hit in America due to their mood enhancing properties.  The crisps contain St John’s Wort – a plant well known for its antidepressant properties. But there are plenty of other foods you can eat to improve your mood that are healthier than a packet of crisps.
The key is to pick foods that contain natural feel-good properties. The body produces its own uplifting chemicals, known as endorphins, by breaking down food, and it is therefore
possible to raise the levels of these substances in the brain by eating foods containing a combination of nutrients which release endorphins.
Low endorphin levels can be caused by certain vitamin and mineral
deficiencies. Certainly, a lack of B vitamins (particularly B12) and vitamin
C, or of minerals such as iron, potassium and zinc, can cause you to feel low.
So it is important to include the so-called happy foods in your diet to stave off low mood swings.
Here Melinda Amato, of the Institute Of Optimum Nutrition, suggests ten endorphin-releasing foods to make you
feel happy. 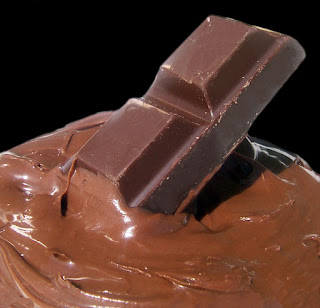 The N-acyclethanoloamine group of chemicals found in chocolate stimulates channels in the brain to release
endorphins. As every chocoholic knows, a quick fix will, as scientists at the Neuro-sciences Institute in California
claim: ‘heighten sensitivity and produce euphoria’.
Happiness rating: 5 (out of 5)
Nutritional value: Chocolate contains high quantities of phenols, antioxidants which boost mood, but it also
contains large amounts of fat and sugar and so piles on the calories. Because chocolate is sugary, it increases
blood sugar levels very quickly, causing an energy boost, but this is followed just as quickly by a slump.
So chocolate is best saved for an occasional treat when you really are feeling down in the dumps.
Strawberries
These are a rich source of vitamin C, which helps in the production of endorphins and aid the absorption of 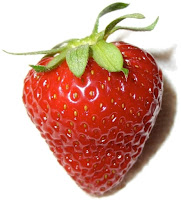 iron. They are also a good source of potassium, which helps in the generation of nerve impulses.

The red colour of strawberries is due to anthocyanidin, a flavonoid known as pecargonidin.These also change
our mood for the better.
Happiness rating: 4.
Nutritional value: Sweet enough from their own sugar, strawberries are carbohydrate (starch) free but do contain some fibre. Flavonoids are powerful antioxidants, which help rid the body of harmful toxins.

Most varieties contain a good source of vitamin A, riboflavin, vitamin B12, calcium and protein from the milk. 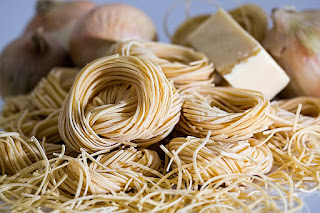 A great source of protein with no fat, pasta is also a good source of complex carbohydrates, which fill us up while releasing energy slowly. Protein contains two amino acids, tryptophan and L-pheny-lalanine, which also produce endorphins. It has been shown that a lack of protein in the diet can cause depressed moods in people
with low intakes of these amino acids.
Happiness rating: 3.
Nutritional value: Excellent. Pasta made from wholemeal flour is an even better choice, as it contains a high quantity
of fibre and vitamin B complex.
French bread 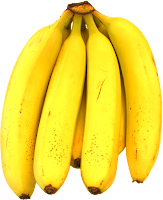 Bananas are rich in potassium, which is a vital mineral for nerve function. The natural sugars in bananas are released quickly into the bloodstream, making you feel energetic. This fruit contains plenty of starchy carbohydrate, which sustains your good mood.
Happiness rating: 3.
Nutritional value: One of nature’s ideal snacks. Contain plenty of potassium, fibre and starch. Also have antibiotic activity and strengthen the stomach lining against acids.

High in endorphin-producing vitamin C and full of natural sugar for energy.
Happiness rating: 4.
Nutritional value: Good source of potassium. Red and black grapes are high in poly-phenols, which are a powerful source of antioxidants and help to protect against cancer and heart disease.
Oranges 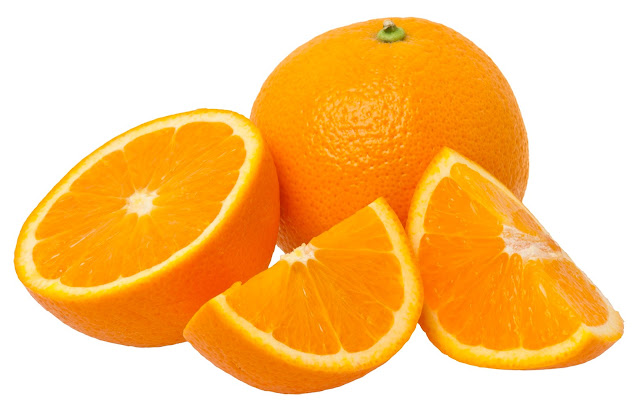 High in vitamin C, which produces endorphins. Also contain good quantities of B vitamins and flavonoids.
Happiness rating: 4.
Nutritional value: Oranges, like all citrus fruits, are an excellent source of antioxidants.
Nuts

Rich in B vitamins, proteins and selenium, a mineral which has been shown to have positive mood-influencing properties.
Brazil nuts are the richest source of selenium.
Happiness rating: 3.
Nutritional value: High in fat, so high in calories. However, the fat is unsaturated and therefore does not contain cholesterol, so nuts are a good source of fat for our diet. A useful form of protein for vegetarians.
Sesame seeds
A good source of protein, antioxidant vitamin E and calcium. Again they are a great source of protein for vegetarians.
Happiness rating: 3.
Nutritional value: High source of fat but, as with nuts, this is largely unsaturated and therefore good for us as long as it is eaten in moderate amounts.

Expect more than others think is possible

Develop an attitude of gratitude

Tie a knot and hang on!

The good, the beautiful, the hopeful

Something to hold on to

Making a living and making a life

Because of your smile