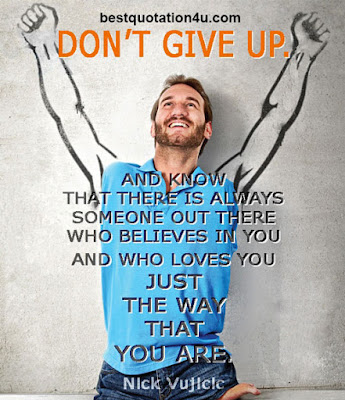 He was born without arms or legs. Growing up, he was angry and bitter, struggling mentally, emotionally as well as physically. But eventually, he realized it was a lie to think you’re not good enough. It’s a lie to think you’re not worth anything” just because you had a disability. He realized that “… for every disability you have, you are blessed with more than enough abilities to overcome your challenges.”

He used his abilities, his gifts as a human being, and, at the age of seventeen, started his own non-profit organization, Life Without Limbs. As a motivational speaker, he has addressed over three million people in over 24 countries on five continents. His motto has been “Life without limbs? Or life without limits?”

“Life isn’t about having, it’s about being,” he says. “You could surround yourself with all that money can buy, and you’d still be as miserable as a human can be. I know people with perfect bodies who don’t have half the happiness I’ve found. On my journeys I’ve seen more joy in the slums of Mumbai and the orphanages of Africa than in wealthy gated communities and on sprawling estates worth millions. Why is that? You’ll find contentment when your talents and passion are completely engaged, in full force. Recognize instant self-gratification for what it is. Resist the temptation to grab for material objects like the perfect house, the coolest clothes or the hottest car. The if I just had X, I would be happy syndrome is a mass delusion. When you look for happiness in mere objects, they are never enough. Look around. Look within.”

Wonderful things that will not be done

Making a living and making a life

We grow by great dreams

What Catches Your Heart?

Every individual makes a difference

Ten foods that make you a happy eater