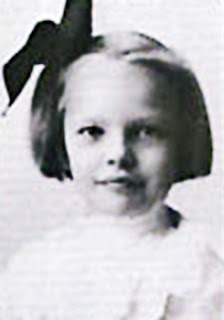 When she was a little girl, she realized early that boys were under fewer constraints than girls and questioned why. She did not like people telling her she couldn’t do something because little girls should not do that. She wanted to do what little boys did, go on little adventures, build mechanical things, and play all sorts of sports and games, even those that adults considered only for boys.
With the help of her uncle, she even built a home-made ramp, which she secured to the roof of the family toolshed. She sat in a wooden box that served as a sled, and she “flew” off the roof. Even with a bruised lip and torn dress, she emerged from her broken box, smiling, with a “sensation of exhilaration.” She told her little sister, “Oh, Pidge, it’s just like flying!” It was Amelia Earhart’s first flight.

As she continued her flying adventures, Earhart also continued speaking up for women’s rights. She was politically affiliated with the National Woman’s Party and was an early supporter of the Equal Rights Amendment.

“Now and then women should do for themselves what men have already done — occasionally what men have not done — thereby establishing themselves as persons, and perhaps encouraging other women toward greater independence of thought and action,” she would say.

Putting her passion for aviation and her belief in womens’ rights together, Amelia helped to found the Ninety Nines, a non-profit international organization for women pilots that still runs today.

She also wanted to inspire young women, teaching young girls about their own potential, and making them understand that the limits imposed on them by men and by society did not need to dictate their lives.

“I want to do it because I want to do it,” she would say. “Women must try to do things as men have tried. When they fail, their failure must be but a challenge to others.”

She was told to get a day job…

Any road will get you there

What do you get in return for giving?

Happiness never decrease by being shared

Stop one heart from breaking