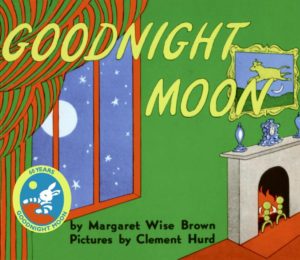 Once upon a time, there was a young boy, somewhat shy, who had learning disabilities. He loved reading, but could never read out loud, especially in front of other people – except for his little sister, Georgia. He loved Georgia, and he loved reading their favorite book together, “Goodnight Moon.”

When the 10-year-old boy would read the book to her at bedtime, Georgia would playfully kiss the kittens and wave to the moon.

On her second birthday, Georgia died in an unfortunate accident. With more than 500 people in attendance to pay their final respects to the little girl, the person, who could never speak up, who could never read out loud in front of people, stood up. Scared, trembling, heart beating wildly, Walker stared at the audience, closed his eyes, then re-opened them so he could start reading from a book. It was “Goodnight Moon,” Georgia’s book.

As he read the book, he remembered his little sister, and he soon forgot all about the people crowded in the church listening to him, he forgot about his reading difficulties, he forgot how nervous and frightened he was – he just read unhesitatingly from his heart. As he read the book one last time to the little sister he so loved, he suddenly realized he wasn’t alone.

Everyone in the church had joined him, supporting him, silently moving their lips and reciting the words of Georgia’s beloved book.

[This story is based on a letter that was sent to the publishers of “Goodnight, Moon,” celebrating the book and its author, Margaret Wise Brown, who was born, May 23, 1910. I am re-sharing this story with friends because we all encounter things that frighten us, which causes worries, which causes anxieties, depression. But, we also have the strength within us, the courage, to overcome what frightens us or at least be able to ask for help. I have my own fears, I’m sure we all do. I just wanted to say that when something happens, don’t let those fears take over you. Know that, like Walker, you are not alone.]

Some light reading that will move you or possibly change your life!

You have been my friend

The Best Day of Your Life

You cannot defeat me

Give the Best of Yourself!

What Are You Gonna Do?